Biden’s Executive Order on Crypto: A Giant Leap for the Digital Asset Universe?

The crypto space and the infrastructure for digital assets has grown at an astounding pace, in spite of a severe lack of legal certainty surrounding the industry. Even as legal pitfalls threaten the industry, the space continues to grow.

In response, the crypto industry has intensified its lobbying on Capitol Hill to ask regulators to develop a more streamlined regulatory approach. It took some time to gain traction, but eventually Congress began to respond and now the executive branch is following suit.

In March 2022, President Joe Biden signed an executive order entitled “Ensuring Responsible Development of Digital Assets.” This executive order represents a watershed moment in the recognition of the sector’s legitimacy. It also has broad implications for the digital asset industry, read on to learn what those are.

The Content of the Executive Order on Digital Assets

Let’s start by clarifying what this executive order is not.

Despite the massive response from the crypto community and intense coverage by news outlets, the executive order does not change any existing regulation or propose any legislative goals.

Rather, the order lays out a number of policy considerations important to the White House. It then directs federal agencies to analyze and make recommendations on legislation and regulation later in the year.

The goal of the order is to strike a balance between protecting the financial system and consumers while fostering innovation in the United States. It does this by identifying the six policy priorities with respect to digital asset regulation: (1) consumer and investor protection, (2) financial stability, (3) illicit activity, (4) U.S. global competitiveness and financial leadership, (5) financial inclusion, and (6) responsible innovation.

The order also directs the Federal Reserve to place “the highest urgency” on the analysis of a potential U.S. Central Bank Digital Currency (CBDC). This is quite the turn for the Fed, which had largely snubbed the idea of a CBDC, first mentioning the possibility of a CBDC in a discussion paper two months prior — but even then, the Fed merely “opened the dialogue.”

Though the order did not enact any rule or regulation, its impact is in its whole-of-government approach. This means that it is calling on agencies across the board to work together to come up with a more systematic approach to digital asset regulation. The list of government agencies and cabinet officials tasked with responsibilities in the order is remarkable. Among the list are the Departments of Treasury, State, Justice, Commerce, and Defense, the SEC, Federal Reserve, CFPB, CFTC, and FTC, as well as the Environmental Protection Agency – lest we forget the ever-present headlines on proof of work energy consumption.

The Executive Order also recognizes the need for a global approach. It tasked the Secretary of the Treasury to coordinate with international colleagues to establish a framework for engagement and the adoption of global standards.

What Does the Executive Order Mean?

For years, the crypto legal community has been calling for the modernization of U.S. financial regulation to address the unique issues present in the sector. Instead, the various regulatory agencies have insisted on applying outdated laws, which they have enforced inconsistently and ambiguously.

The SEC, in particular, with a toolbox of rules and regulations that dates back to the Great Depression, has been problematic to say the least.

Now, Biden’s new executive order directs agencies to consider a new approach. One that balances risks and concerns with the need to support innovation in the modern economy.

While the order makes no specific policy proposals, it is apparent that the purpose of the order is to foster cross-agency coordination. The goal being to align and modernize the U.S. government’s approach to the digital asset industry.

Again, despite the massive amount of attention generated by this order, we repeat that it does not change any of the existing legal framework. Rather, it is a call for federal officials to begin working together.

Some of my more cynical crypto law colleagues rightly point out that here the White House is seeking guidance from the same players that have so far hindered regulatory certainty for the industry. Though these regulators had the power to lead a regulatory shift, they chose not to do so. In some cases, they instead exacerbated the situation.

These crypto law observers also look at the dysfunction in Washington and assert that the massive level of inter-agency bureaucratic coordination that the order calls for may prove to be its downfall.

Despite these valid criticisms, the order has generally been greeted with optimism in the crypto community. Many hope that it will result in policy recommendations that lay the foundation for new legislation later this year.

As Insiders know, we try not to play the guessing game on legislation.

Then again, we too are excited that (finally!) we have a call to action. This is, indeed, a major step forward in the U.S. approach to digital assets by setting the tone for upcoming policy.

Here, the Biden administration chose a balanced approach. It recognized the need to address business innovation and resolve legal uncertainties, while acknowledging the importance of consumer safety and financial stability. This is also a call to action for a continued push for crypto lobbying on Capitol Hill.

Nonetheless, it is premature to think we are on the cusp of a comprehensive, pro-crypto federal approach. At the very least, the realist in me hopes we can gain some clear guidance in the coming months. Guidance that recognizes the importance of digital assets in the economy’s future.

After all, once we have clarity on legal issues, all actors in the space will be able to better manage their projects and the associated risks. 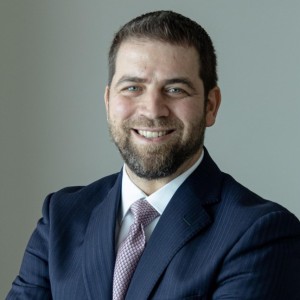 Scott Cohen is the Head of Legal at Horizen Labs. A U.S. lawyer and the founder of CLC Partners, a consulting firm based in Panama that focuses on cross-border transactions throughout Latin America. He provides insightful analysis on legal issues affecting blockchain projects and the cryptocurrency space.

How a Lack of Governance Undermined the ConstitutionDAO

What is a DAO really? First, let’s clarify what a DAO is. DAO stands for Decentralized Autonomous Organization. This is an organization that runs trustlessly