Tether scandal: This is the #1 governance failure no one is talking about

Shakespeare’s famous phrase ‘the truth will out’ often comes back to bite those who live on the fringes of truth and deceit.

That’s exactly what happened to the stablecoin Tether this week after years of unaudited promises about its reserve policy to token holders and the wider cryptocurrency community.

Court papers filed by company lawyers on April 30 confirmed that Tether only has 74 percent of cash reserves of its current token supply. The document is part of an ongoing legal battle with the New York Attorney General because cryptocurrency exchange Bitfinex, which has overlapping ownership with Tether, allegedly used Tether reserves to pay for losses in 2018.

Putting aside what Tether and Bitfinex lawyers might say about the ethics of their operation, this brings up a more serious question: Is Tether still a stablecoin?

The lawyers said it themselves in their defense:

“Tether’s reserves of cash and cash equivalents alone (without the line of credit) would cover approximately 74 percent of the outstanding amount of Tether. This sort of ‘fractional’ reserving arrangement is similar to how commercial banks work. No bank holds in liquid cash more than a small percentage of depositors’ money.”

As far as I’m concerned it’s pretty simple. A stablecoin is not a stablecoin if it doesn’t have 100 percent backing. When you have anything less than that, you are operating like a fractional reserve bank.

This scandal likely marks the death of one of the first stablecoin projects. But luckily, this does not mean the end of pegged cryptocurrencies.

In the wake of Tether’s decline, the next generation of stablecoins is on the rise. Read on in today’s article to learn about the inherent flaws in Tether’s stablecoin governance and what we can look forward to in stablecoin projects to come.

What happened to Tether?

Tether has been one of the most controversial topics in the cryptocurrency community for the last two years.

When it launched in 2014, Tether promised to provide the price stability that Bitcoin lacked with a peg to the US dollar at a 1:1 ratio. Behind this was the promise that for every Tether issued, there was a dollar to match it in its bank reserve.

Just the thought of a cryptocurrency that could trade easily with fiat got people excited. Tether quickly became one of the most popular cryptocurrencies on the market.

However, some in the crypto community were skeptical and called for an official audit to see if Tether really had the fiat reserves they claimed to have.

And that’s when things started to get suspicious.

In 2017, Tether hired the firm Friedmann LLP to carry out a third-party audit. The firm provided a short report of the company’s account weeks later, but it wasn’t the full audit that was promised.

The crypto community cried foul and subsequently, the Commodity Futures Trading Commission slapped Tether with subpoenas. The company got Friedmann back on board in early 2018, but that relationship ended abruptly and any hope of a third-party audit was seemingly lost.

Things have just gotten worse since then.

In 2018, Tether’s value slipped below the $1 mark on numerous exchanges, which directly questioned its status as a stablecoin. Then, the project quietly removed a promise of regular audits from its FAQ section.

There was significant doubt about the validity of Tether’s reserves, but without a full audit, no one knew the truth. That was, until the Bitfinex scandal.

Last month, the New York Attorney General’s office alleged that after Bitfinex lost $850 million, it moved funds from Tether’s reserves in order to plug the gap and facilitate customer withdrawals at the exchange.

In light of the investigation, Tether finally had to reveal the true state of its affairs. As I said —the truth will out.

This is a huge blow to the crypto community and stablecoins in general. And it highlights the challenges of governance in stablecoin projects.

Stablecoins take some of the best characteristics from traditional cryptocurrencies like Bitcoin –including the ability to make fast, peer-to-peer and cross-border transactions.

But unlike standard cryptocurrencies, fiat and commodity-backed stablecoins require a centralized system to maintain their pegs.

Ironically, this is one of the biggest qualms that the crypto community had with fiat currency in the first place –the fact that you need to trust in the intelligence and sound management of the central banks and governments to maintain the value of the currency.

Similarly, the reliance on trust is an inherent flaw in stablecoins.

As we’ve seen in the case of Tether, that trust can be abused. This cautionary tale is essentially a failure of governance.

Bitcoin was the first to introduce the world to the idea of a decentralized and unstructured form of governance. This approach removed centralized authorities from the picture, but did not establish an official system for executive decision-making in their stead.

This protected the project from corruption and human error but made it extremely difficult to make important decisions for the future of the protocol.

How second-generation stablecoin projects are evolving

In today’s fast-paced entrepreneurial environment, projects are quick to learn from the failures of others. And now with the ability to create forks of Bitcoin’s open source code, projects are able to build better systems faster than ever.

To improve on Bitcoin’s system of unstructured governance, second-generation projects like Dash and Horizen introduced voting systems to facilitate decision-making processes within a decentralized system, resulting in faster growth and greater stability.

Likewise, where Tether has failed, others intend to succeed. Alternative stablecoins, like Paxos, Coinbase’s USD Coin, TrueUSD and Gemini dollar are operated by well-regarded companies that promise to maintain the required reserves for tokens in circulation.

Gemini first sought approval from the New York State Department of Financial Services, which enabled it to create the first ‘regulated’ stablecoin. Paxos and others followed shortly after.

Unlike Tether, these projects engage in rigorous recordkeeping and provide frequent audited updates of their bank accounts to prove their cash reserves. Have a look at Gemini’s website and you’ll find its latest Deloitte audit highlighted prominently on its homepage. These projects seek to provide better and more transparent stablecoin solutions to users.

Tether was a first-generation fiat-backed stablecoin that blazed the trail for others to follow but questionable governance and business decisions have cost it the trust of the crypto community. It’s a wonder it’s still so widely used.

As of today, Tether is still trading at $1.00, which means most users don’t understand the risk associated with holding it. But I take great comfort in knowing that Insiders do understand the risk. Don’t make the mistake of thinking everything will be fine with Tether. And don’t be surprised if Tether drops in value overnight.

Fortunately, new businesses and brighter minds are quick to make note of Tether’s failures and build bigger and better products. In order to drive adoption of virtual currencies and proliferate them into the global financial system, crypto needs reputable organizations to prove that the technology works and it can be trusted.

The newcomers on the block are proving both to be true.

In an industry plagued by regulatory pressure and uncertainty, this FREE expert guide will prepare you for the top legal risks faced by all crypto projects.​​​​

Privacy-focused blockchain projects often get a bad rap in mainstream news. Politicians and regulators seem convinced that privacy projects are behind a wide variety of 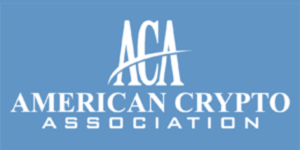 This article was originally published by the American Crypto Association. Crypto Law Insider Editor’s Note: This week I found out that I was named on

Token Launches From Ethereum to Telegram: Where Do We Go From Here?

This article was originally published on CoinTelegraph. In February, United States Securities and Exchange Commission Commissioner Hester Peirce was asked to give her opinion on